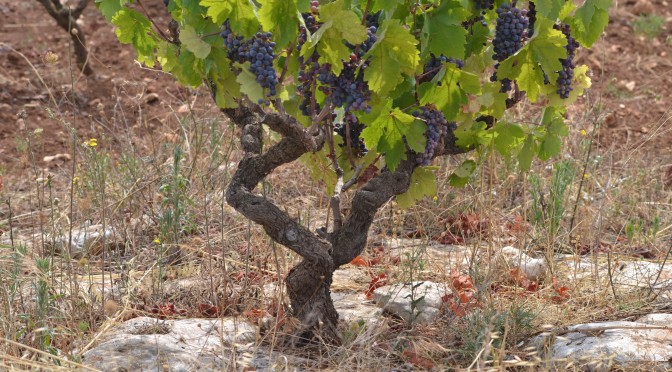 Primitivo of Gioia del Colle is a well-known, internationally coveted wine. With a limited production of only 1 to 1.5 million bottles per year, it is gaining consensus worldwide within wine specialists, guides, and international fairs. A valuable quality niche which is recently getting pace in Thailand as well, where a rich agenda of tasting sessions and wine masterclasses was organized in Bangkok since July 2020, through a project funded by the European Union, the Italian Ministry of Agriculture, and Puglia Region. Along with other activities, a promotional video presenting the features of this remarkable area in the South of Italy and directed by Luca Desiderato was launched yesterday for the Thai market. The video was shot in Gioia del Colle and it is conceived as a journey through the architectural and naturalistic beauties of this part of Italy where this outstanding Primitivo is produced. A lucky circumstance wanted the Italian word “Gioia” to mean “Joy” in English: the video plays with this coincidence until the final epilogue. The testimonial chosen for the campaign is the Thai entrepreneur Ruenruedee Prachayaphruet – who first started importing the Primitivo Gioia del Colle DOC into Thailand in 2019.

Let us discover how and where this success story started. 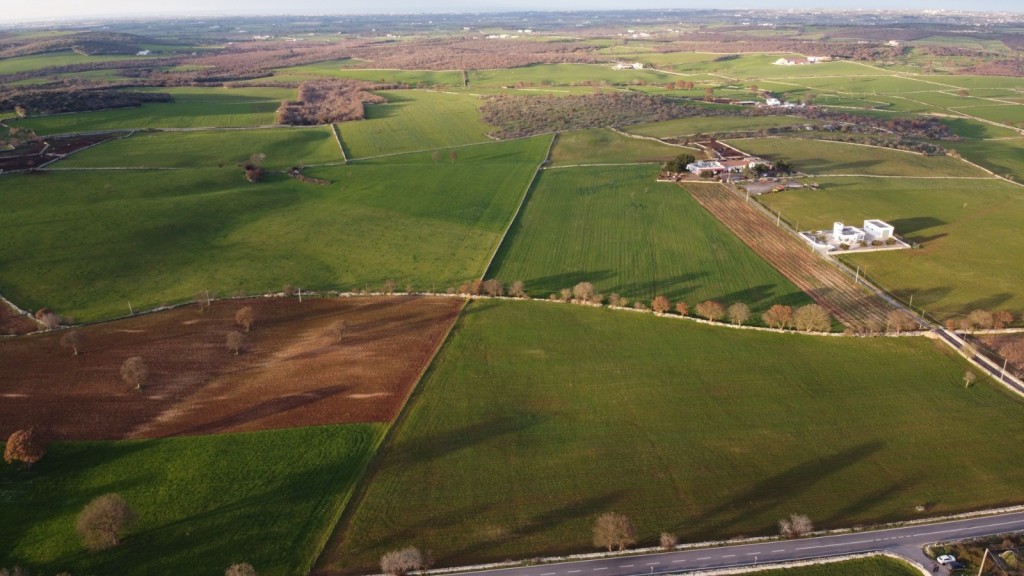 In the traditional way of imagining Italy as a boot, Puglia is the South-Eastern part which lies down from the “spur” (Gargano”) to the “heel” (Salento). The “Gioia del Colle DOC” area is in Bari province, encompassing 16 different municipalities in the heart of Puglia: a land where green fields, olive groves, and woods meet the blue sky in an intact landscape without borders. 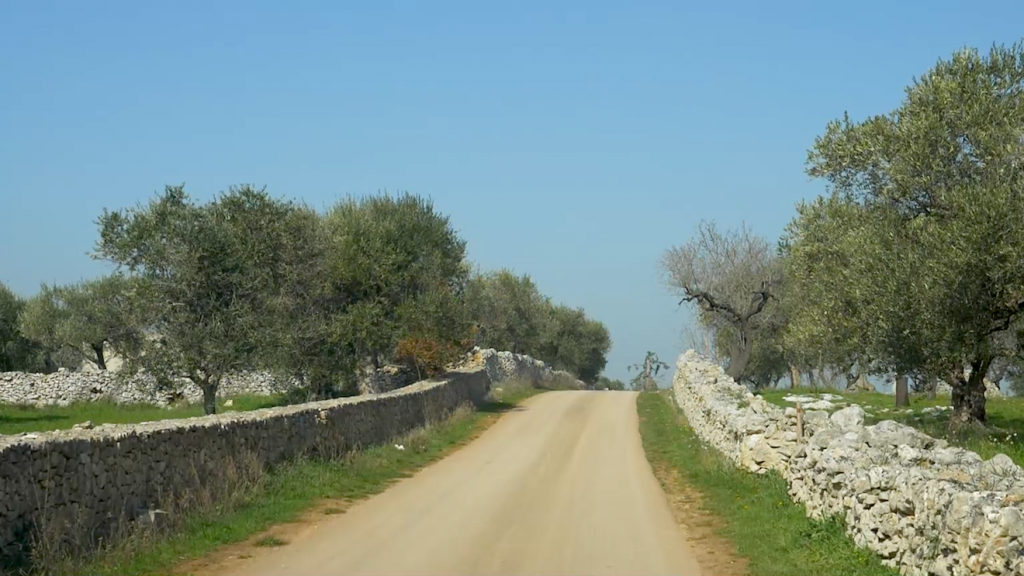 The Designation is situated inside the zone known as the plateau of the Murge, an extensive limestone area of about 200 square Km, with an average altitude of around 450 metres above sea level, modelled by a complex karst system. Karst is a process of disintegration of rocks by rainwater, in which the waters that flow to the surface grind the soil and disappear underground, giving rise to underground rivers and lakes. 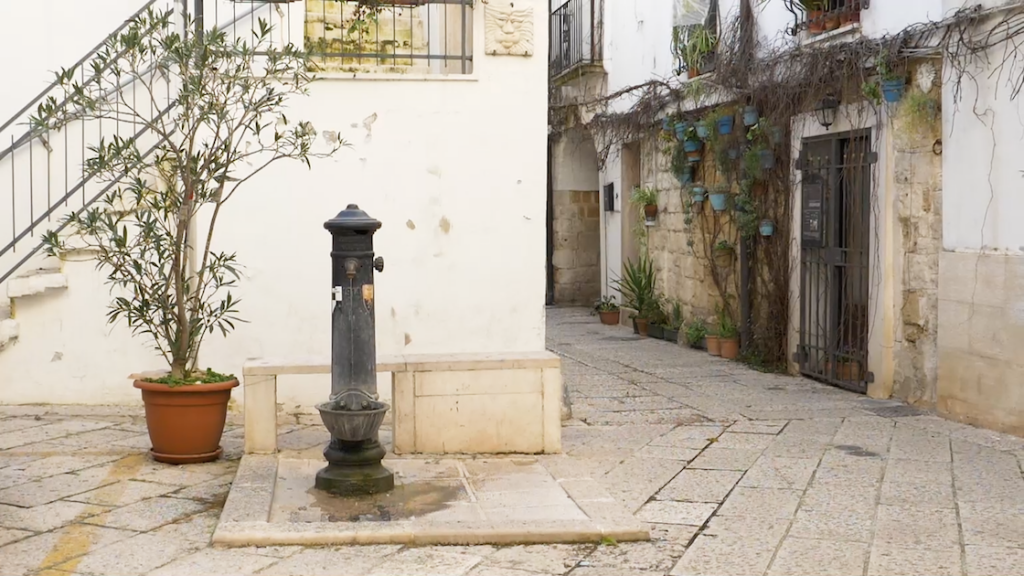 The total extension of the Designation area is approximately 1,200 hectares, out of which 400 hectares of vineyards to produce 9 types of wines: “Primitivo” and “Primitivo Riserva” are undoubtedly the most important and significant among them.

Out of 400 hectares of vineyards, 250 are dedicated to Primitivo, and despite the requirement of a maximum yield of 8 tons per hectare, the effective yield per hectare is much lower, slightly more than half of this, about 4,5 tons per hectare. 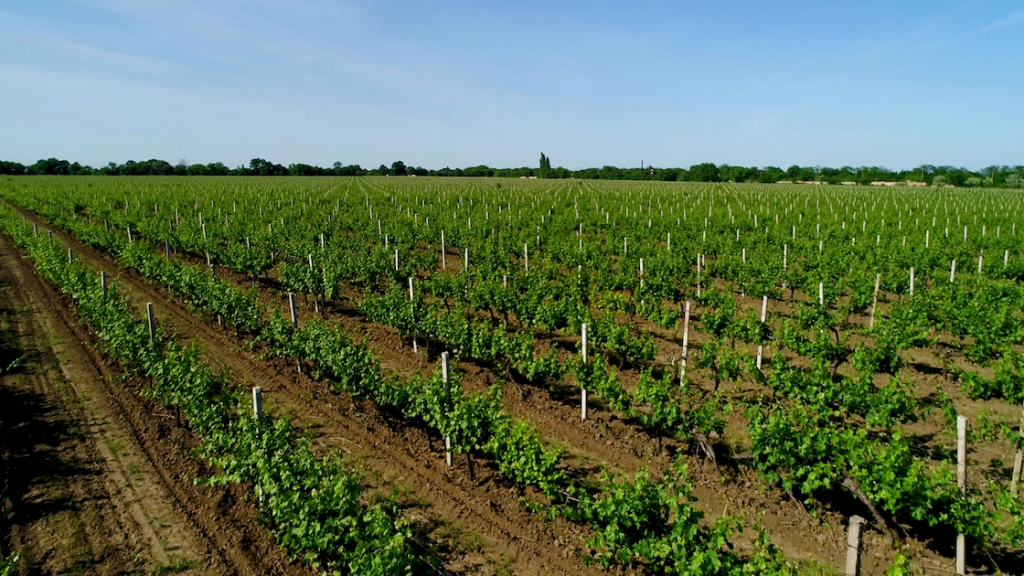 Primitivo of Gioia del Colle is a Mediterranean wine that is also fresh. A full-bodied wine, but easy to drink at the same time. These elements are driving more and more this Designation under the international spotlight.

This new market position was gained across the world in the last 10 years, resulting in a growth both in the quality of the products and in the awareness of the producers that they live in an area where the soil, climate, altitude, and vine combine to create unique and inimitable wines. 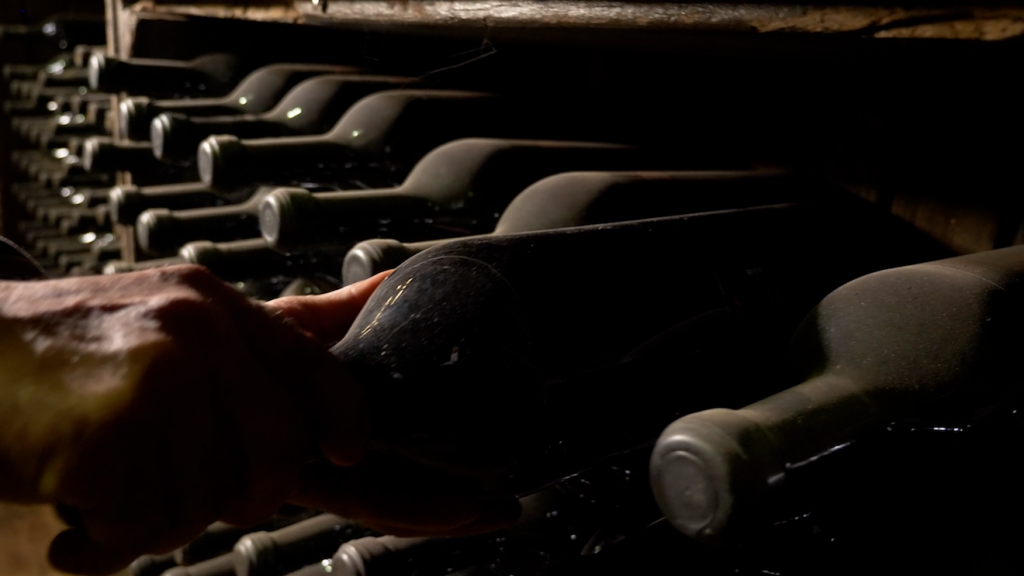 The dominant soils of the Designation are clayey and clayey-silty, with a high presence of stones (up to 60% of total constituents) and consist of residues resulting from the dissolution of limestone rocks, compounds of oxides and hydroxides of iron and aluminium. The limited content of nutrient elements makes them particularly suitable for a high-quality viticulture.

They are ideal soils – for their richness in potassium and the relative poverty of organic substance – for the cultivation of grape varieties suitable for producing high-quality red wines but are able also to give excellent white grapes.

The vine has its roots in the limestone layer immediately below the thin layer of fertile soil, and this allows it to achieve naturally low yields per hectare, a great minerality and a good acidity. 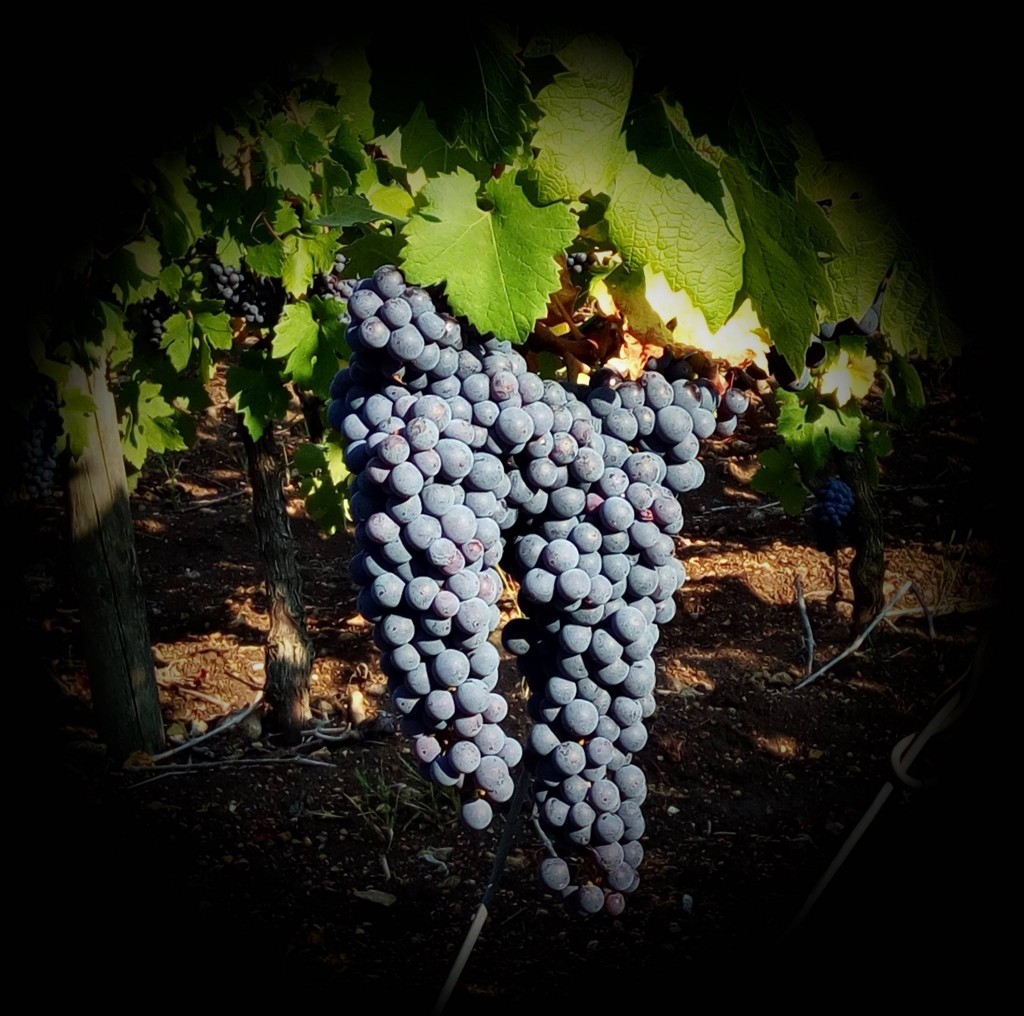 Primitivo is a quite vigorous native, black-skinned grape variety from Puglia, probably native of Dalmatia, from where it is believed it was brought to Puglia by the Illyrians about 3,000 years ago.

Wine production in Puglia is well known to have been thriving throughout the Roman period. After the fall of the Roman Empire wine making was preserved, as in most of Europe, mainly thanks to the vineyards cultivated in the grounds of monasteries and abbeys. 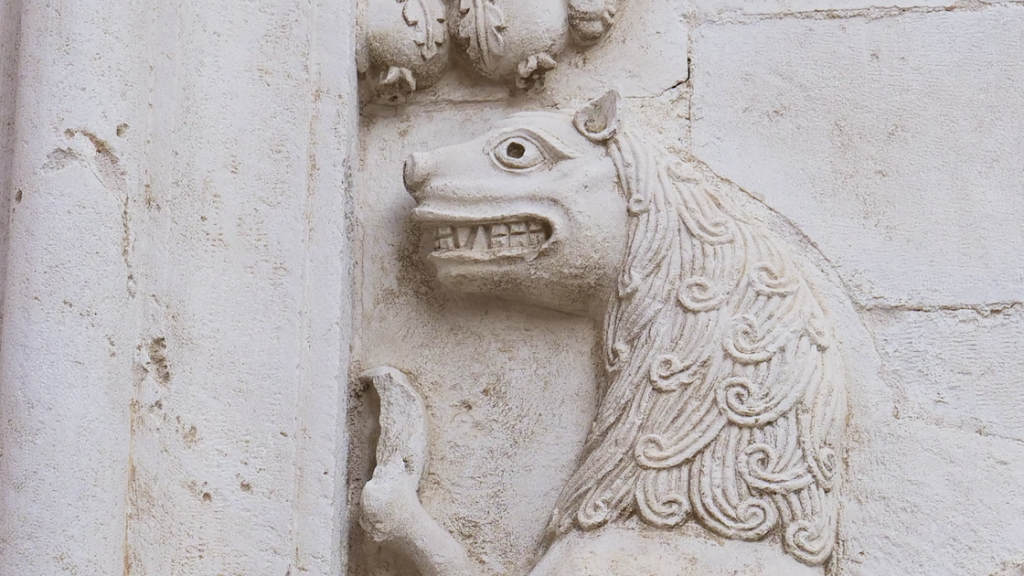 The Emperor Frederick II the Swabian made the production resurged, so much so that in 1362 the queen Joanna I of Naples proclaimed a law to protect wine from Puglia that prohibited the introduction in the Kingdom of foreign wines.

The reputation of these wines was consolidated in the following centuries: the paramount textbook of the antiquity was the “Natural History of Wines” by Andrea Bacci, published in 1596, which describes the wines produced in the area of Bari as the benchmark (“optimum quality”).

The first to identify Primitivo and to make a sort of mass selection of the grape was the monk Francesco Filippo Indellicati. Born in 1767 and agronomist, he noticed some old vines among the many wine grapes present in the countryside of a variety that matured before the others and that seemed to have better adapted to the red soil of these areas. He decided to give the variety the Latin name of Primativus (First-ripe) which in Italian became “Primitivo”, and he carefully selected a large number of branches (625) which he planted in eight vineyard “districts”, creating the first monoculture of Primitivo grapes on record. 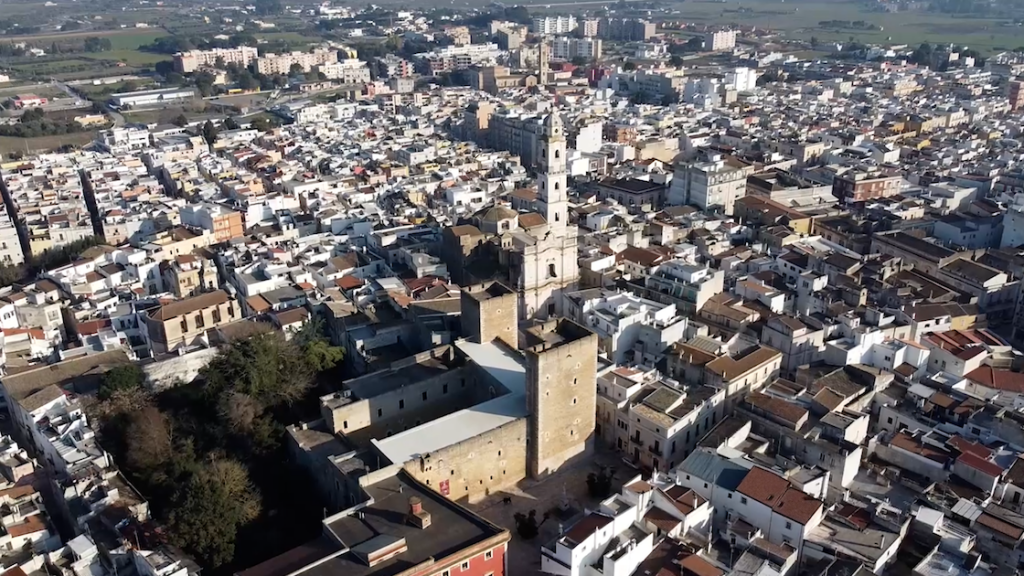 Starting from the XIX Century, the success of this variety was on track:

- in 1882 the first wine company in the countryside of Santeramo in Colle was established, and a large part of vermouth wine around the world was made of Primitivo

- in 2000 the Consortium of Producers was established.

As of today, the Consortium aggregates 72 members, representing 87% of the current production in every single step of it: producers, winemakers, and stakeholders.

The Consortium promotes the awareness of the Designation brand in Italy and abroad and undertakes checks over the quality of the production, enhancing the skills of producers in introducing technology and up-to-date knowledge in farming, according to the highest international standards.

The growth of a new generation of winemakers and entrepreneurs, along with the improvement of high-end training systems, are two of the top priorities for the coming years.