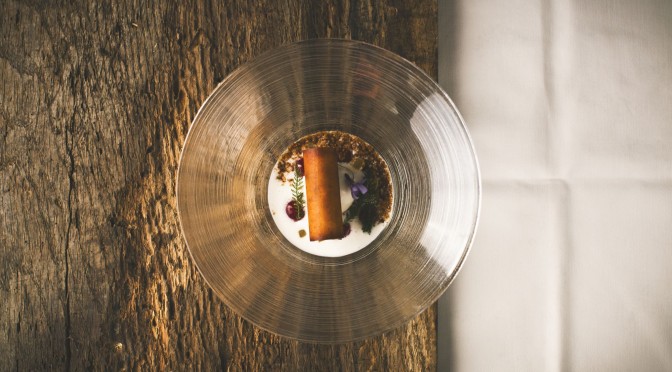 An impressive line-up of leading international chefs will be gathering in the Thai capital for the 17th World Gourmet Festival. The annual event will be hosted at Anantara Siam Bangkok Hotel from 19 – 25 September 2016.

Since its inception, the World Gourmet Festival has grown in prominence to feature an extraordinary line-up of some of the best chefs, winemakers and food experts from across the globe. They assemble under one roof for a weeklong celebration of outstanding cuisine and superb wines.

This year, the full line up of chefs at the 17th Annual World Gourmet Festival, are from the World’s 50 Best Restaurants 2016 by San Pellegrino.

Each guest chef will host two evenings in one of the hotel’s award-winning restaurants. This year’s World Gourmet Festival will see the introduction of an exclusive Sake tasting and pairing with Thai dishes event with the sake master from Miyasaka Brewing Company. Additional events to be added this year include Parfum Berger, a new concept combining classic fragrance matching with excellent wines and unique dishes. A Cocktail Master Class, Gin Master Class and Blue Friday with Johnnie Walker Blue Label will also be introduced at this years festival.

The hugely famous World Gourmet Brunch – one of the most popular events of the festival – will take place on the last day of the event on Sunday, 25 September. This is the last chance to sample their creations, and offers more availability than the exclusive dinner events. The inimitable Chef Bobby Chinn, renowned TV personality from Hanoi, will entertain diners at this event.

We are proud to support the various projects under the auspices of the Thai Red Cross Society.  Proceeds from the auction held throughout the week plus THB 600 per dinner ticket sold will be donated to the charity.

The 17th World Gourmet Festival would not be possible without the help of our friends and partners. We are pleased to recognize Emirates Airlines, our airline sponsor who has supported air tickets for the chefs, as well as Citibank N.A., Mercedes Benz (Thailand) Ltd. And the Tourism Authority of Thailand for their monetary support; and the official media partners, Travel + Leisure Southeast Asia Magazine, Prestige and Hello Magazine.

Guests can make reservations for the 17th Annual World Gourmet Festival before  1st September and enjoy early birds offer from 10% up to 15% discount* (*terms and conditions apply) or find out more information by contacting Anantara Siam Bangkok Hotel at                    +66 (0) 2 126 8866 or e-mail: wgf.asia@anantara.com  or visit siam-bangkok.anantara.com or  www.worldgourmetfestivalasia.com 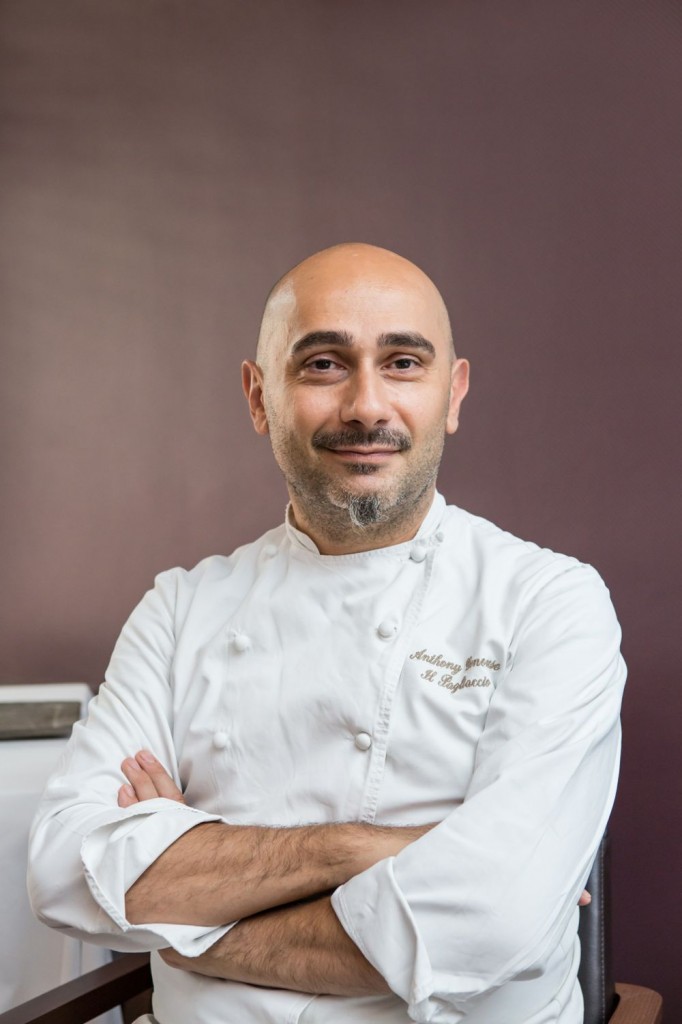 Upon his return, he settled in 2003 his restaurant Il Pagliaccio, in an 18th century house in Rome, and soon received two Michelin stars. Gifted cook, genius and generous, Anthony Genovese named his restaurant after the opera Pagliacci by Leoncavallo. “Clowns, just as cooks, Genovese says, are always on the spotlights, in representation, and have to be the best, no matter what is behind the mask.” 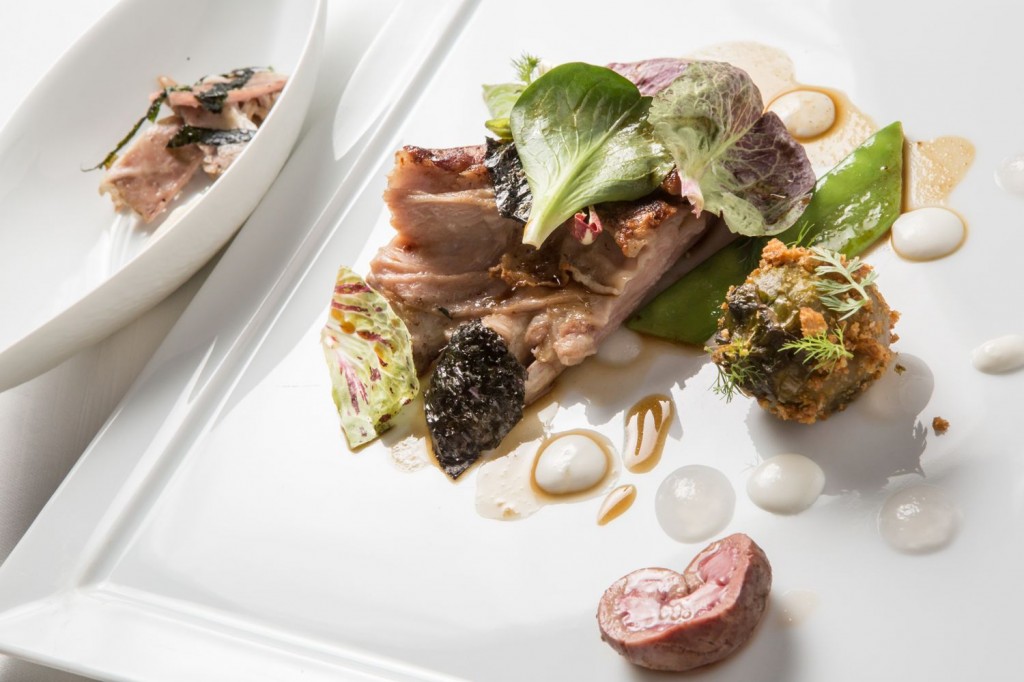 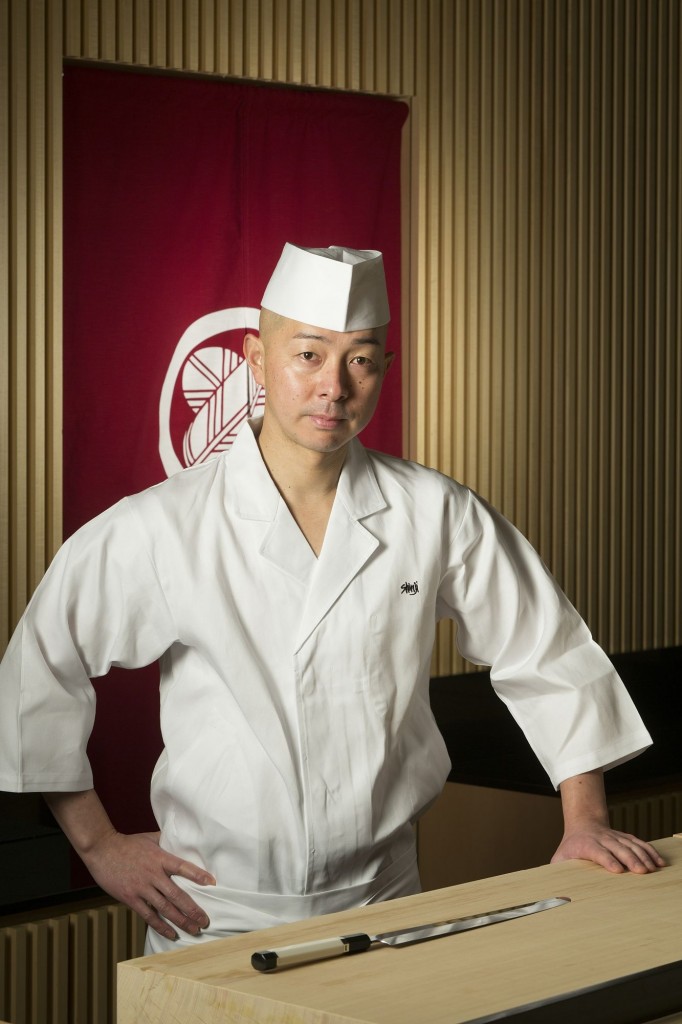 As the first premium sushi restaurant from Tokyo’s Ginza district in Japan and the first outlet in Greater China by sushi maestro Shinji Kanesaka, Shinji by Kanesaka at Crown Towers, City of Dreams, delights sushi aficionados who are looking for the most authentic and the finest omakase (chef’s selection) experience in town. The restaurant joined the ranks of Michelin-starred establishments in the MICHELIN Guide Hong Kong Macau 2016 after only nine months of operation.

Chef Kanesaka is one of the most celebrated and youngest sushi chefs in Japan, having launched his first outlet “Sushi Kanesaka” at the age of 28 in the highly competitive Ginza district in 2000, after a decade of rigid training at Kyubey, one of the oldest and highly-regarded sushi establishments in the capital of Japan. Sushi Kanesaka has been on the Michelin awarded list since 2008, and was one of just 22 Michelin-star awarded sushi restaurants in Tokyo in 2015. The restaurant is considered sushi Mecca by his legion of fans, which include country leaders and international celebrities as well as famed Kabuki actors and actresses. 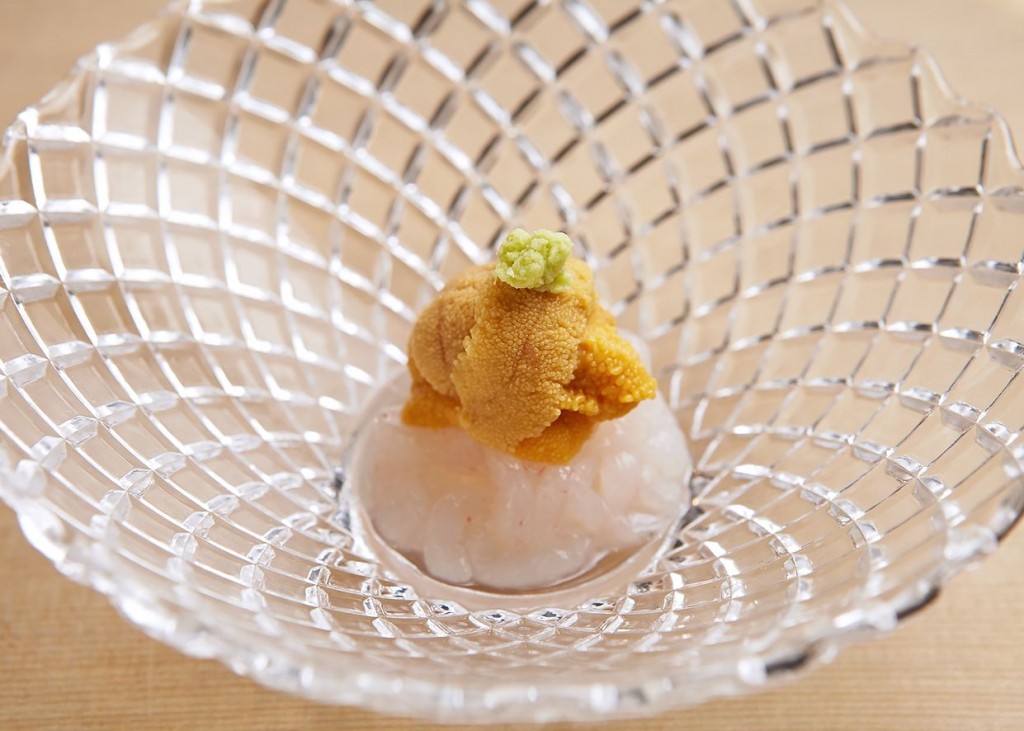 As a newly qualified chef, Colagreco headed to France and worked with Bernard Loiseau, Alain Passard at L’Arpège, Alain Ducasse at the Hotel Plaza Athénée before finally spending a year at Le Grand Véfour. All of them three Michelin stars Chefs. Colagreco, then established Mirazur in Menton and just six months later received the ‘Revelation of the Year’ award, a brand new category to recognize his merits from Gault & Millau. Less than a year later he had earned his first Michelin star. Mirazur became officially one of the premier restaurants in the world listed in The S.Pellegrino World’s 50 Best Restaurants. In the same year, Colagreco was also awarded “Chef of the Year” by the prestigious Gault & Millau restaurant guide. Japanese born chef Hideaki Sato launches his restaurant Ta Vie, where he wants to apply Japanese cuisine philosophy to French cuisine. Despite having over ten years of experience in French cuisine, Chef Sato finds himself increasingly drawn towards his native Japanese cuisine. With this new direction, he was able to make the move to 3 Michelin starred restaurant Nihonryori Ryugin in Tokyo. He worked 3 years under the careful guidance of Chef Seiji Yamamoto, and in June 2012, he was chosen to come to Hong Kong and lead the first overseas branch of Ryugin, Tenku Ryugin.

Chef Sato gained an impressive 2 Michelin stars within just 6 months of opening of Tenku Ryugin. In 2014, the restaurant made it onto the coveted San Pellegrino list of Asia’s Best 50 Restaurants. In 2015, he opened Ta Vie where he is creating his unique dishes through his diverse culinary backgrounds, French and Japanese, sourcing and incorporating Asian ingredients and products into his cooking. He also gained Ta Vie’s first Michelin star in the same year. In 2016, Ta Vie is ranked on the list of Asia’s Best 50 Restaurants. In 2009 Alija was acknowledged as the Best International Chef by Identità Golose and one year later he received the Award for Conceptual Innovation. In 2011, Nerua received its first star in the Michelin Guide and 3 Suns in the Repsol Guide. The International Academy of Gastronomy also awarded him the Prix du Chef de L’Avenir in 2011 (The Chef of the Future Award). Cuaderno Matoses selected Nerua as the second best restaurant in 2014, after visiting over 350 restaurants in more than 20 countries. They also named Josean Alija as the best chef of the year. In 2015, the prestigious magazine Restaurant included Nerua for the first time on its list of the world’s 100 best restaurants and in 2016 Nerua rose to number 55 on the prestigious selection. Marco Stabile is a young chef from Pontedera, Tuscany, who has quickly risen to prominence in Italy. He developed his skill for subtle invention whilst working in some of Italy’s finest kitchens, including the famed “Baghino” in Prato, “Il Salotto del Chianti”, the Antinori-owned “Osteria di Passignano”, the Beringer Blass-managed “Cavaliere del Castello di Gabbiano”, “Il Paese dei Campanelli” and “Il Chiasso dei Portici” to name just a few. His final stepping stone before opening Ora d’Aria, where he is both resident head chef and co-owner, was his work at “Arnolfo” in 2 Michelin-star, Colle di Val d’Elsa. Marco is also an occasional teacher at some of the Italy’s most celebrated culinary schools, such as those in Jesi, Montecatini Terme and “Accademia del Gusto” in Arezzo. He also remains a committed supporter and collaborator with the prestigious “Jeunes Restaurateurs d’Europe” group. In the heart of Europe lies the small country of Slovenia. With lush Alpine valleys dotted, vast green meadows and sparklingly clean rivers and lakes, the country has recently emerged as a top travel destination. Working in the family restaurant of Hisa Franko, overlooking the sloping hills of the Slovenian countryside is Ana Ros, a one of a kind chef – who, by stretching her imagination through the exploration of the beautiful Slovenian countryside, has developed her own unique cuisine. Chef Ana is the co-owner of Hisa Franko, her husband Valter’s, familial guest house, in the alpine Soca Valley on the border of Italy. Her stoves there have been manned by Michelin-starred chef Mauro Colagreco while Chef Guzman landed in the Michelin-starred Septime kitchen in Paris. The flowery, herbal, yet delicate and precise nature of Chef Ana’s cooking has made her the only woman, so far, to have joined the Cook it Raw group of chefs. 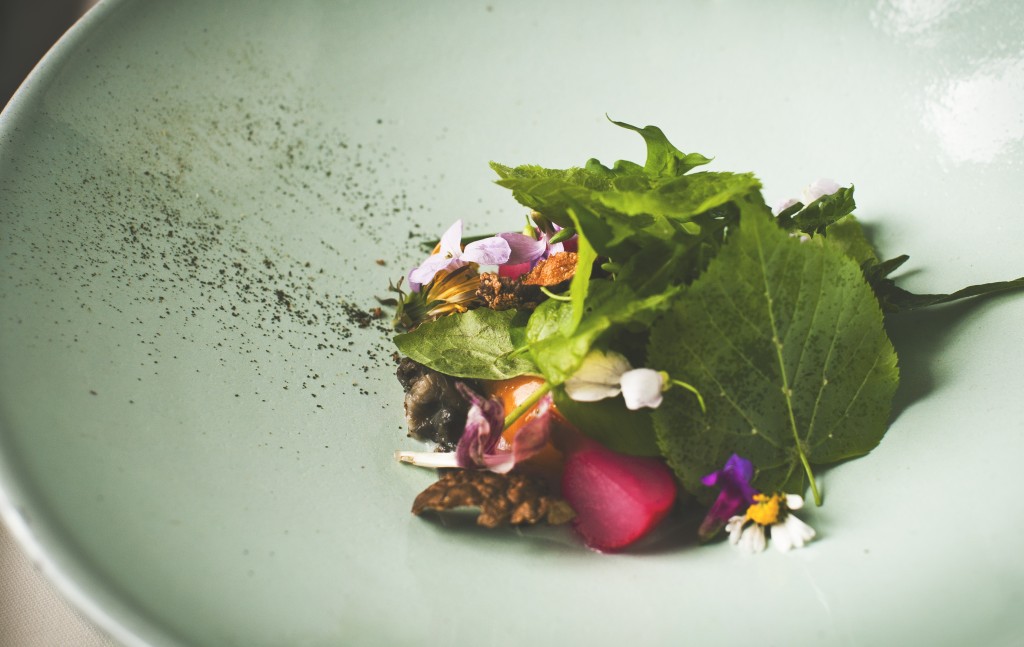 Chef Dharshan founded Nihonbashi and the Ministry of Crab, two of Sri Lanka’s most successful restaurants, with both appearing on Asia’s 50 Best Restaurants. Dharshan also received the similar honour from ‘Asia’s 50 Best Restaurants’ that ranked both Nihonbashi and Ministry of Crab on their prestigious list. In 2014, he began Kaema Sutra, a contemporary Sri Lankan cuisine restaurant that draws inspiration from traditional Sri Lankan food, stemming from local street fare. All of Dharshan’s restaurants have a strong ingredient focus, employing the use of fresh local produce alongside Japanese culinary principles. Two of his restaurants also employ a no-freezer policy emphasizing the use of fresh produce and guaranteeing the quality of all his dishes. Born in New Zealand to a Chinese father and Egyptian mother, Bobby Chinn has lived a very international life – educated in England, he worked in the USA (on both the east and west coasts), then travelled the world, and finally settled in Vietnam in 1996. Along the way he developed a passion for food and cooking as well as seeking authentic flavours from across the world and he is now a renowned master of modern, global cuisine. He opened two award-winning restaurants in Vietnam – Restaurant Bobby Chinn in Hanoi (2001) and Bobby Chinn Saigon in Ho Chi Minh (2011), before closing them and relocating to London in 2014. Here, Bobby created the modern Vietnamese concept when he launched The House of Ho in the UK capital. He has also been the ambassador promoting Sustainable Seafood Production for the WWF since 2012, and was appointed Vietnam Tourism Ambassador in Europe, in July 2014. Anantara is a luxury hospitality brand for modern travellers, connecting them to genuine places, people and stories through personal experiences, and providing heartfelt hospitality in the world’s most exciting destinations. The collection of distinct, thoughtfully designed luxury hotels and resorts provides a window through which to journey into invigorating new territory, curating personal travel experiences.

From cosmopolitan cities to desert sands to lush islands, Anantara connects travellers to the indigenous, grounds them in authentic luxury, and hosts them with passionate expertise. The portfolio currently boasts over 30 stunning properties located in Thailand, the Maldives, Indonesia, Vietnam, China, Cambodia, Mozambique, Zambia, the UAE and Qatar, with a pipeline of future properties across Asia, the Indian Ocean, Middle East and Africa.

Founded in 2004, and based on the airline alliance model, Global Hotel Alliance (“GHA”) is today the world’s largest alliance of independent hotel brands. GHA uses a shared technology platform to drive incremental revenues and create cost savings for its member brands, and operates a multi-brand loyalty programme, DISCOVERY, which has over six million members. GHA’s member brands encompass over 550 upscale and luxury hotels with 110,000 rooms across 76 different countries. For more information visit www.gha.com