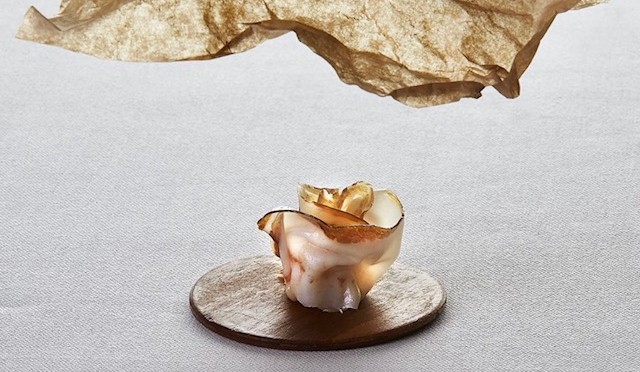 Acclaimed, 1-Michelin-Star, Thai-born, Swedish Chef Sayan Isaksson makes a guest appearance at The St. Regis Bangkok’s Scandinavian Week, to present an array of Scandinavian inspired menus, at Jojo and VIU Restaurants, from 4th to 11th November 2018, as well as Afternoon Tea, throughout the month.

Top Michelin-Starred culinary talents from around the globe are a regular feature at The St. Regis Bangkok, taking over the kitchens for exclusive dining. From Sunday 4th to Sunday 11th November 2018, The St. Regis Bangkok presents acclaimed 1-Michelin-Star, Thai-born, Swedish Chef Sayan Isaksson. Making a guest appearance during Scandinavian Week, Chef Sayan, previously of Michelin-Starred Esperanto, in Stockholm, will present an array of Scandinavian inspired menus, infused with Asian influence. Renowned Swedish musicians will compliment the experience, during selected menu presentations, including brunch and dinner.

Bringing ‘Simply Scandinavian’ to The St. Regis Bangkok, Chef Sayan will take on the very popular St. Regis Sunday Brunch on both Sunday 4th and 11th November 2018 at VIU, with his culinary creations. Guests will also have the chance to experience a full 8-course degustation menu and 3-course set lunch at Jojo Restaurant, from 5th to 10th November. All month long, from 1st to 30th November, Chef Sayan’s contribution to The St. Regis Afternoon Tea, from 2:30pm to 5:00pm, can be savored at The Lounge and The St. Regis Bar. The Swedish musical accompaniment will be featured during dinner at Jojo and brunch at VIU only. 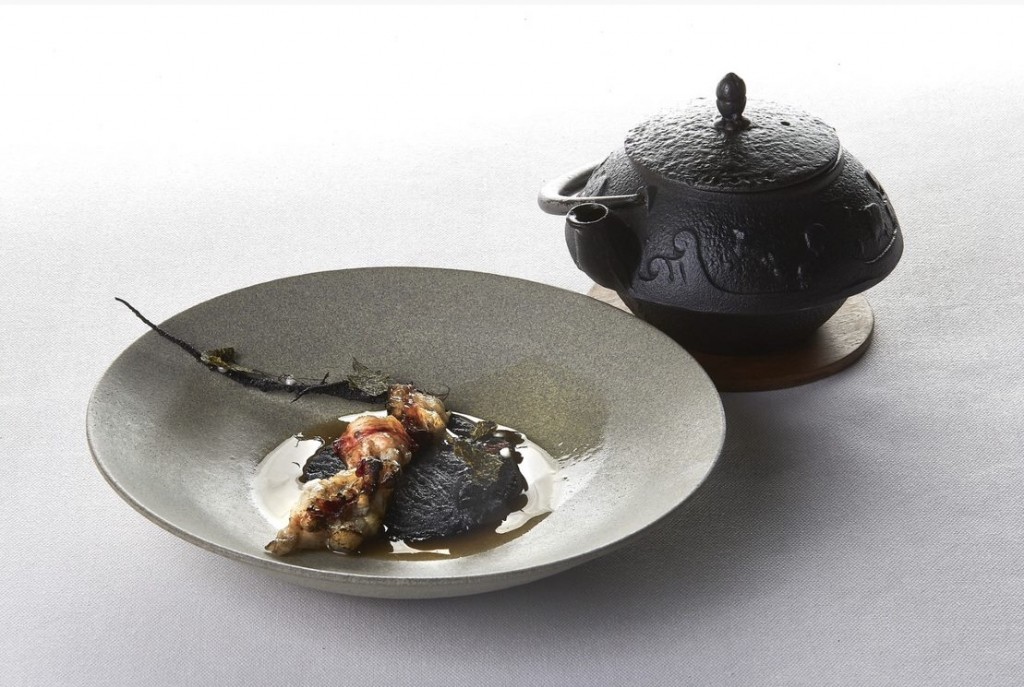 ‘Simply Scandinavian’ is an organization, celebrating and showcasing Scandinavian flavors, culture and music, annually in countries around the globe. Chef Sayan will prepare various menus over the course of the week, inspired by the cuisine of Scandinavia, infused with his diverse worldly influences. His delectable, dramatic plates are always technically flawless and visually stunning.

“I’m really honored and moved by this gift, given to me, to cook in my birth country. My wish is to infuse Scandinavian flavors with the very sophisticated and brilliant food culture of Thailand,” comments Chef Sayan Isaksson. 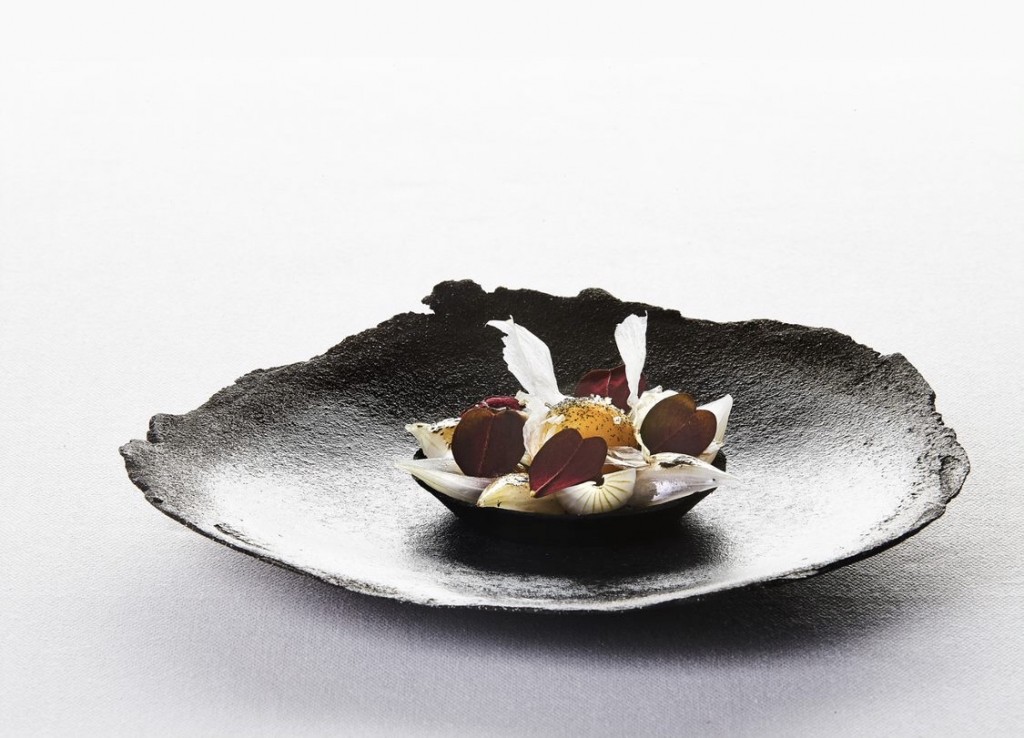 Guests can expect to have their food perspective rocked, with mouthwatering creations. On the dinner menu at Jojo, highlights include: lightly grilled prawns in nasturtium leaves; tartar of flash-grilled dry-aged beef, emulsified oysters and seaweed crisps; mushroom and grain porridge with aged butter and yuba; softshell crab cooked over glowing embers with organic waste-XO; celeriac petals and white truffle; and many more tantalizing dishes. 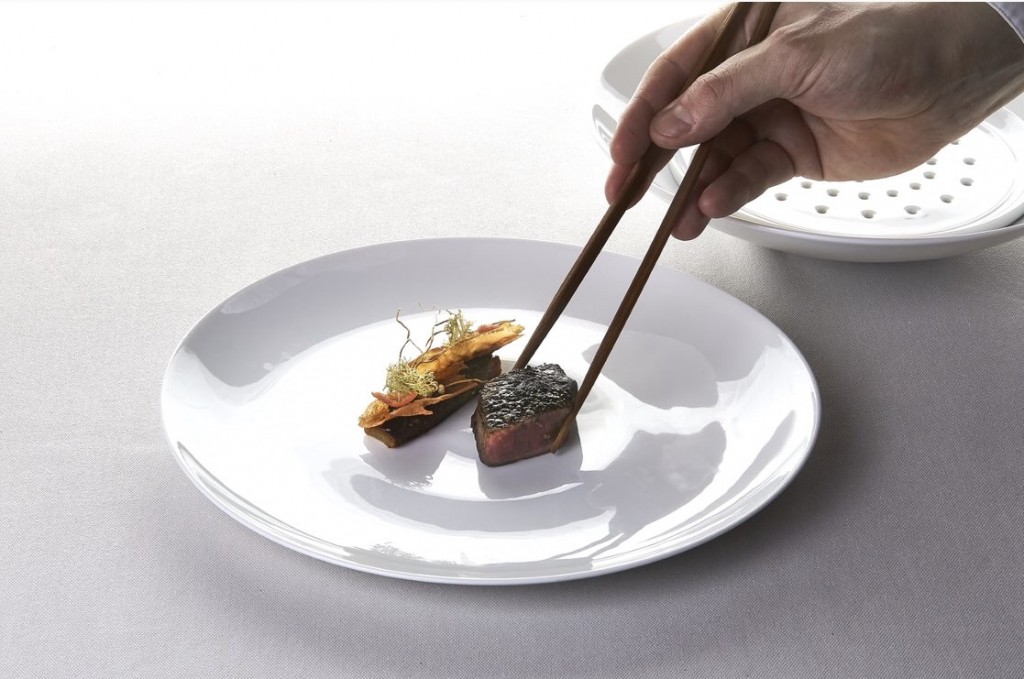 Perfectly complimenting these Scandinavian flavors, infused with Asian touches, optional pairings of carefully selected wines are available, at both lunch and dinner at Jojo Restaurant from 5th to 10th November 2018, for the additional fixed price of THB 1,800++ per person per set menu.

As seating is limited for brunches, lunches and dinners presented by Chef Sayan, from 4th to 11th November 2018, guests are advised to make advance reservations during Scandinavian Week, at The St. Regis Bangkok, to taste Chef Sayan’s unique creations.

A household name in Sweden, 1-Michelin-Star Chef Sayan Isaksson was born in Thailand. At the age of only 3 months old, he was adopted by Swedish parents, who raised him as their own, and their country quickly became his. Chef Sayan is most widely acclaimed for his 1-Michelin- Star Esperanto restaurant, formerly in Stockholm, which he opened in 2005. He won his first star in 2007, retaining it until the restaurant closed earlier this year. Esperanto was also awarded the highest food score ever, 40/40, by The White Guide, considered the most authoritative guide in Sweden. He and his team thus earned the title of ‘Restaurant of the Year’ in 2016. Diner’s Club also listed Esperanto in their ‘50 Best Restaurants Academy’. Chef Sayan, furthermore, led the Swedish National Culinary Team from 2000 to 2004. Later, he won critical acclaim, opening two further outlets in the same building as Esperanto, namely the 1-Michelin- Star Imoutu and Shibumi. Chef Sayan and his team were accorded the honor of catering for the prestigious Nobel Banquets, two years in a row, in 2015 and 2016. His unique style brings together global culinary influences, together with contemporary Scandinavian flavors and styling, adding theatrical visual drama, underlined by technical excellence. 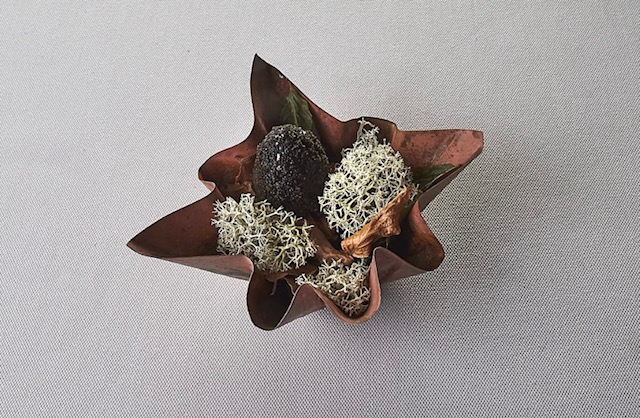 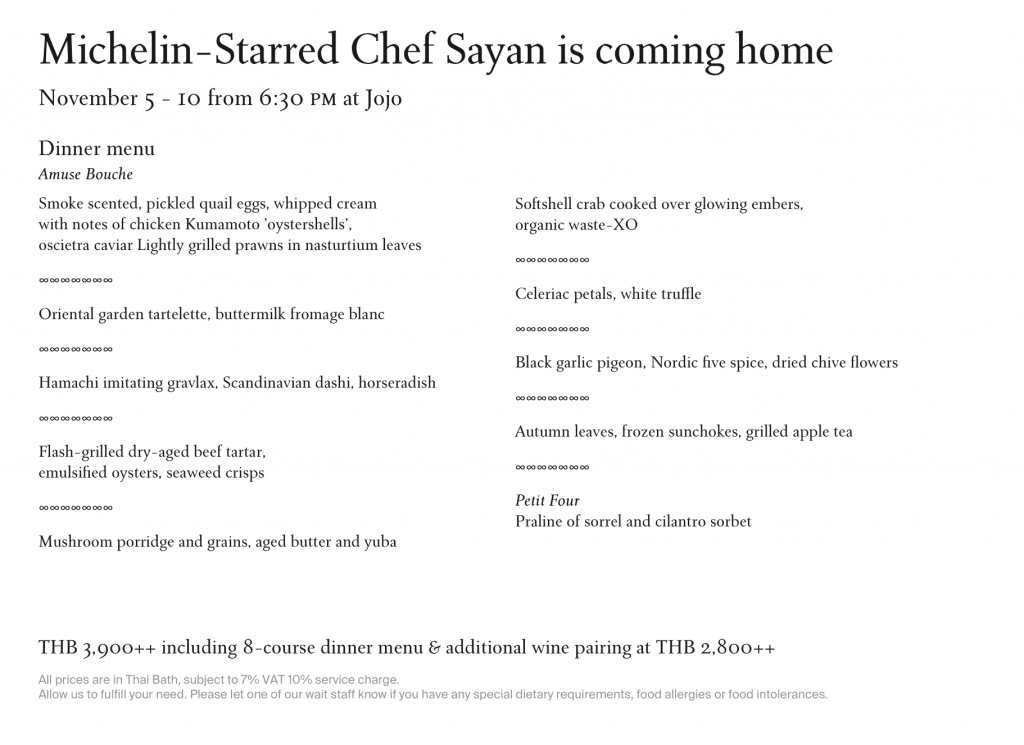