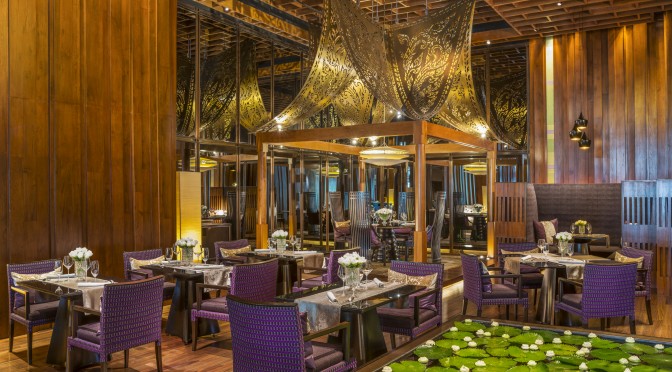 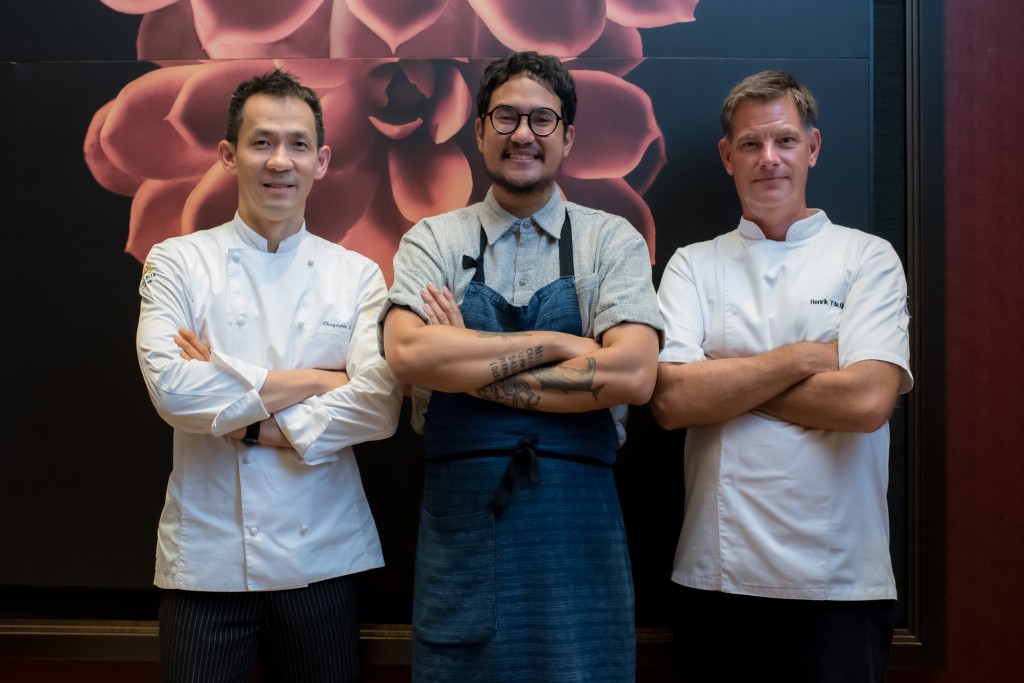 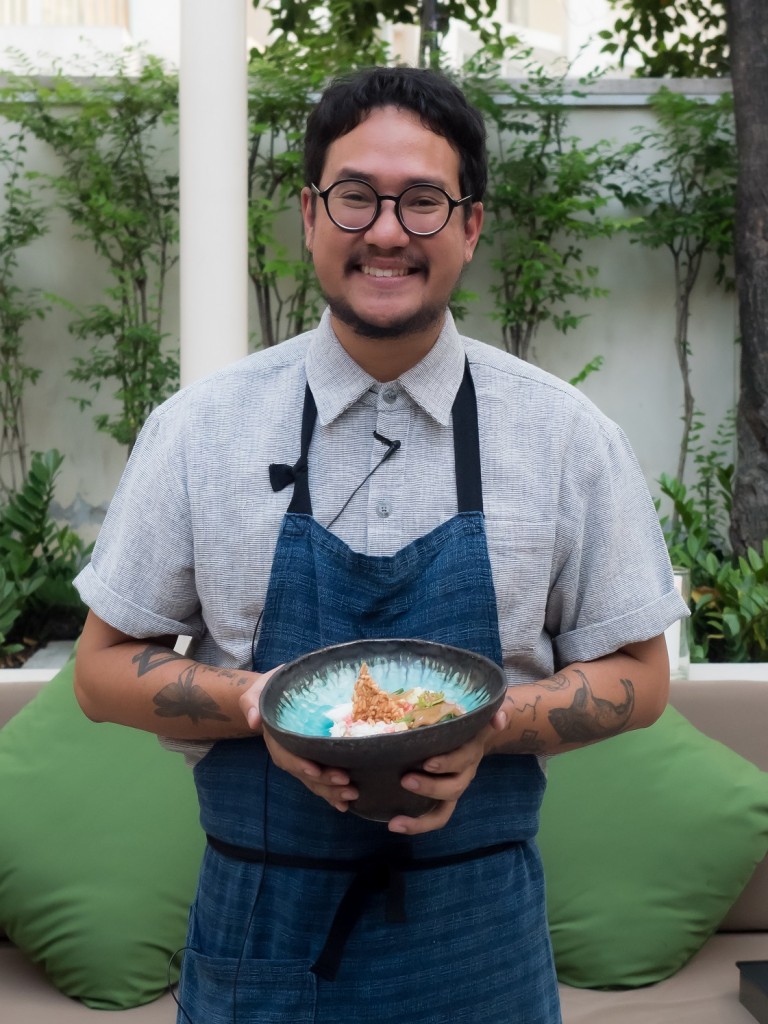 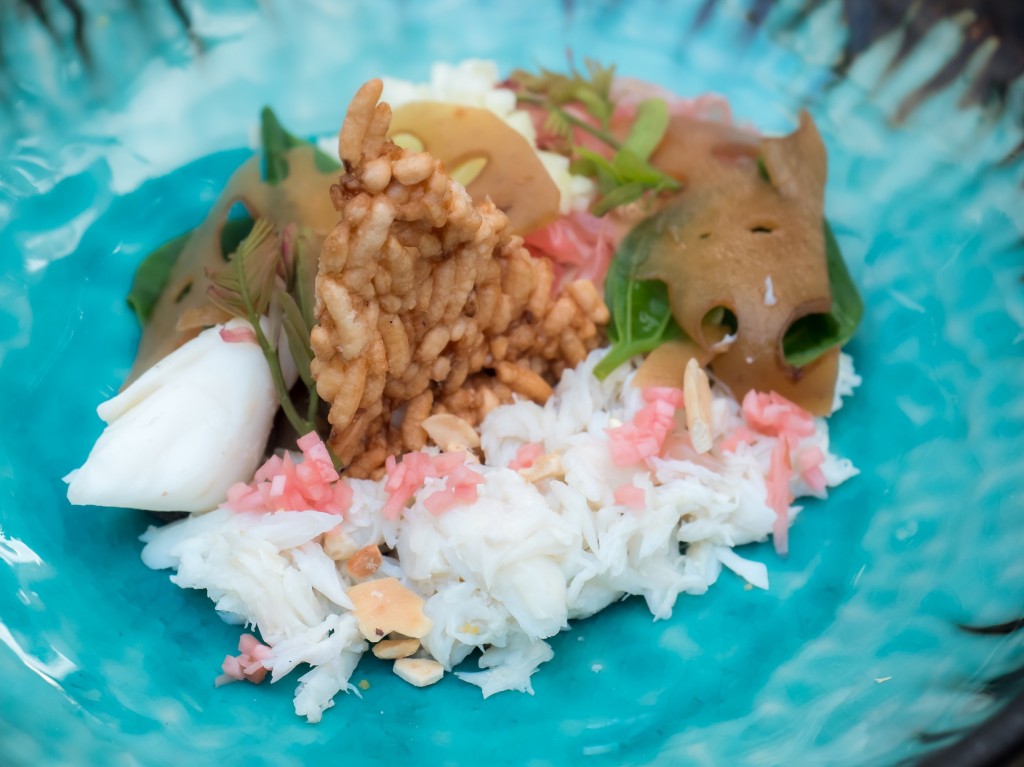 These three culinary minds, each famed for producing innovative Thai cuisine, are creating and presenting an exquisite “six hands, six-course” dinner that focuses on the concept of “Pure Thai”. 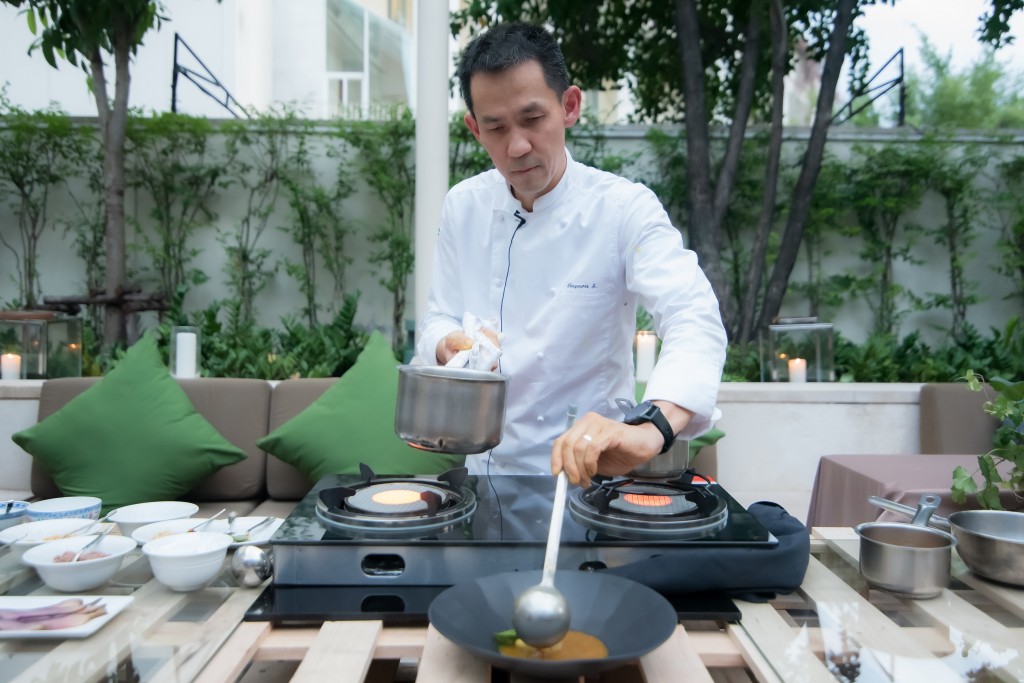 “This latest collaboration is between chefs with a proven passion for escalating Thai gastronomy to the next level. Chef Black represents the future of Thai chefs that focus upon the important aspects of using seasonal Thai ingredients and combining extraordinary  culinary talent with local knowledge,” explained Andreas Magnus, Hotel Manager at Siam Kempinski Hotel Bangkok. 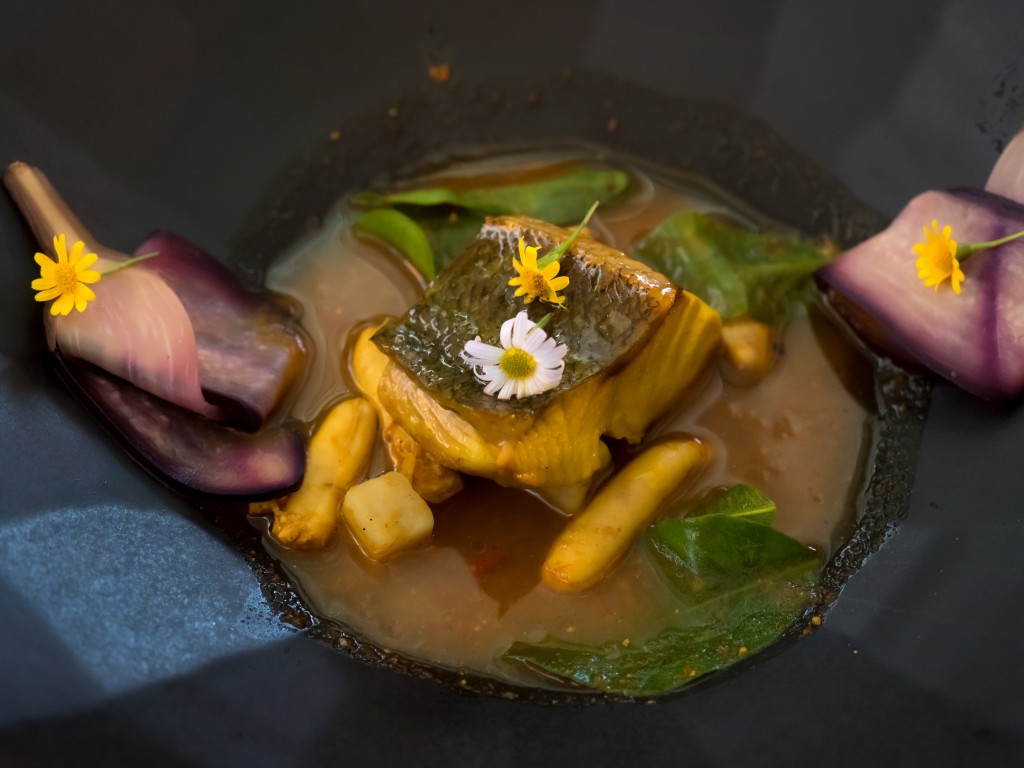 Each chef will create and produce dishes with the core idea of using “Pure Thai” ingredients from different regions of Thailand. “The epicurean journey will tantalise guests as the chefs create a very special experience featuring different flavours and textures, each created with impressive passion and flair,” added Andreas Magnus. 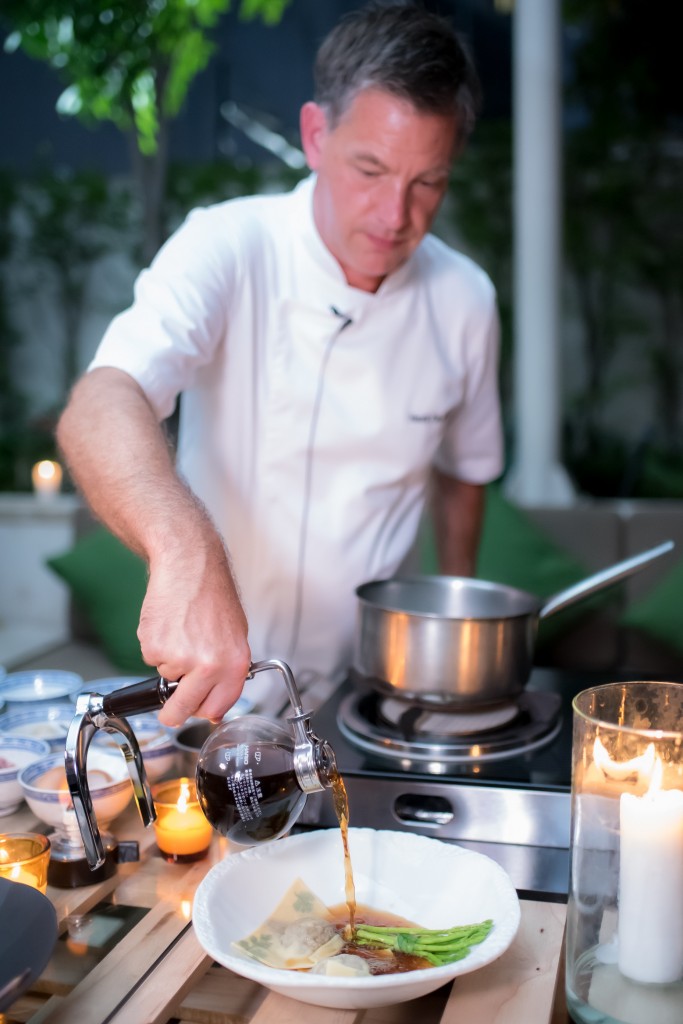 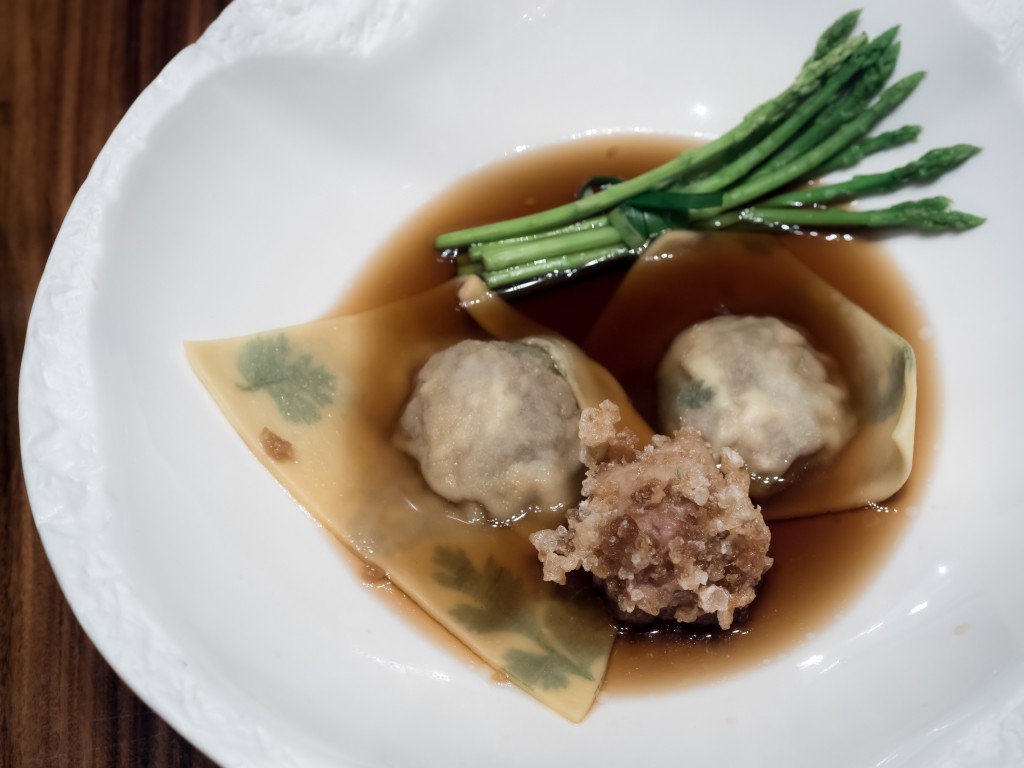 The dinner with wine pairings selected carefully to complement each dish is priced at THB 5,800++. 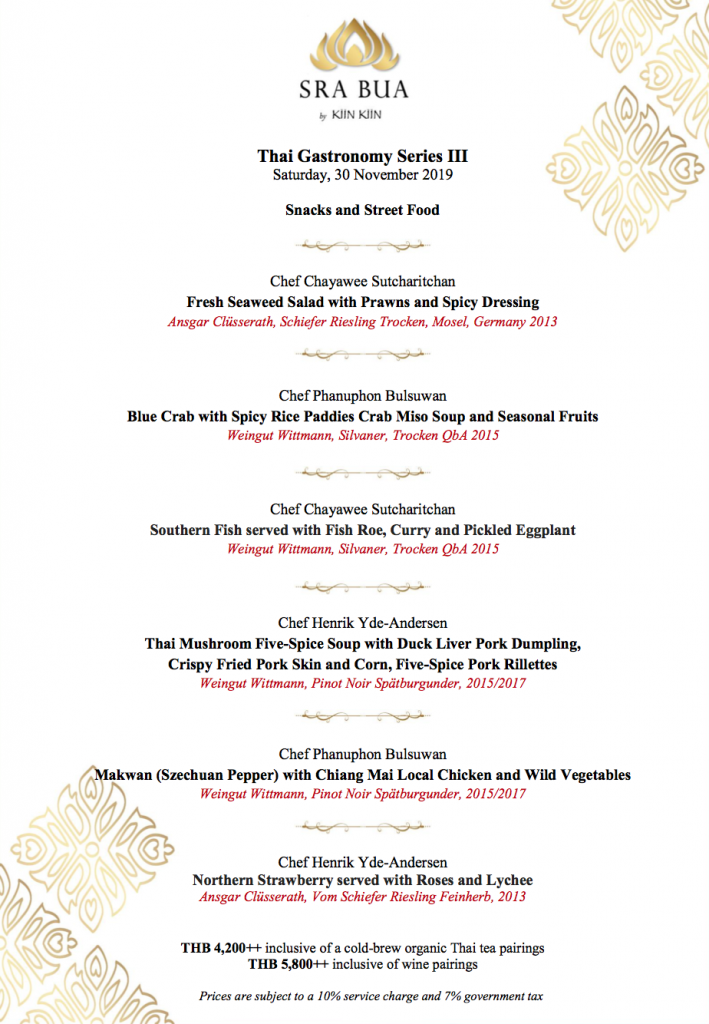 About Sra Bua by Kiin Kiin

Voted as one of Asia’s 50 Best Restaurants in 2014 and 2015, and having been awarded a Michelin one-star rating in the “Michelin Guide Bangkok, Phuket and Phang-nga 2019”, Sra Bua by Kiin Kiin offers a dining experience that is a true culinary adventure. The modern Thai-inspired cuisine with exciting contemporary touches never fails to surprise and delight diners.

The aim of the restaurant is to dazzle and form a memorable culinary experience for every guest. Chef Chayawee invites guests to enjoy an extraordinary culinary performance as chefs choreograph different tastes of basic Thai ingredients from traditional recipes in daring combinations. Behind Sra Bua by Kiin Kiin’s exquisitely composed food presentation using global cooking techniques, the familiar flavours of traditional Thai dishes are well maintained. The cuisine is widely recognised as “modern gastronomy at its best” – making it very different from home-style cooking. Diners may experience a curry served with the texture and temperature of ice cream, and bites of lobster locked inside gelatinous pearls that melt in the mouth with a sip of Tom Yam broth. Everything from fish sauce to prawn crackers is homemade in the Sra Bua by Kiin Kiin kitchen.

Chef Chayawee Sutcharitchan, or Chef Berm, is a Thai national who fell in love with gastronomy when he began his journey in 2004 in the United States of America, where he thrived working in the kitchen.

He obtained his Certificate in Culinary Arts at the Collin County Community College in the United States. Despite his prior education in computer science at Texas A&M University, Chef Chayawee decided to continue on his culinary journey.

In 2006, Chef Chayawee returned to Bangkok, Thailand, where he continues to express his love and passion for gastronomy. He gained work experience and honed his culinary skills at numerous five-star hotels. His work experience highlights include time at The Landmark Hotel in Bangkok, where he worked as Chef de Partie, and InterContinental Bangkok, where he worked as Junior Sous Chef for two years before he joined Kempinski family.

Chef Henrik Yde-Andersen’s culinary journey began in his early years, and as a junior chef, he was already well trained in classical French cuisine and had worked in several European countries. Life then led him, as though by destiny, to the world of Thai and Asian cuisine. His own innovative modern Thai restaurant, Kiin Kiin, in Copenhagen has enjoyed Michelin one-star status since 2008.

The open-minded and innovative Danish chef fell in love with Thai cuisine when he made a trip to Thailand in 2000. The holiday, meant to last ten days, became a life-changing experience as he stayed for five years living, working and travelling throughout the country to gain more experience in Thai cuisine.

Famous for his innovative and outside-the-box thinking, Chef Henrik incorporates the art of Western cooking techniques into the original recipes, while preserving the Thai tastes. Behind beautifully composed food presentations, the familiar flavours of original Thai dishes are maintained. In 2009, during a promotional tour through Bangkok, Chef Henrik was approached by Siam Kempinski Hotel’s pre-opening team with the opportunity to open a Thai restaurant at the hotel, based on the same concept as Kiin Kiin in Copenhagen. Sra Bua by Kiin Kiin was born in October 2010.

A frequent visitor to Bangkok, which he considers his second home, Chef Henrik visits Sra Bua by Kiin Kiin regularly to review and adapt the menu and to train the restaurant’s team of talented chefs. He also takes part in promoting Thai food regionally and globally at events organised by the Ministry of Tourism and Sports, the Tourism Authority of Thailand, Royal Thai Embassies and various other organisations. Away from the kitchen, Chef Henrik, who is also a fully trained sommelier, has his hands full with his other businesses, including a winery in Spain, a brewery, where he partners with Mikkeller to produce beer using Asian ingredients, a coffee bean farm in Kenya and a business producing oyster and fish sauces.

Together with his partner Lertchai Treeawatchaiwong, a Thai entrepreneur and hobby chef, he owns 18 restaurants, all serving Asian cuisine.

In 2015, Chef Black joined the Slow Food Youth Network, as ambassador. He carries the message from farmer consumption, emphasising thought and awareness about food under the concept of Good Clean Fair and the belief in sustainability.

He has been awarded as The Ambassador of Sustainable Kitchen from the World in Sustainable Agro Food Business Forum 2017 by ESCAP, United Nations. Also, with his talent internationally accepted, he has been invited as a guest speaker, an instructor for food workshops and a columnist to raise awareness of local produce and local wisdom.

At Blackitch Kitchen in Chiang Mai, Chef Black creates his daily menu based on season and culture and the dishes he makes do not rely on any specific cuisine. His restaurant’s unique dining experience caters to only 18-20 guests, served across three tables.